Would you like to switch to the accessible version of this site?

Don't need the accessible version of this site?

Taking Charge of Your Personal and Professional Development

The Essence of Conflict 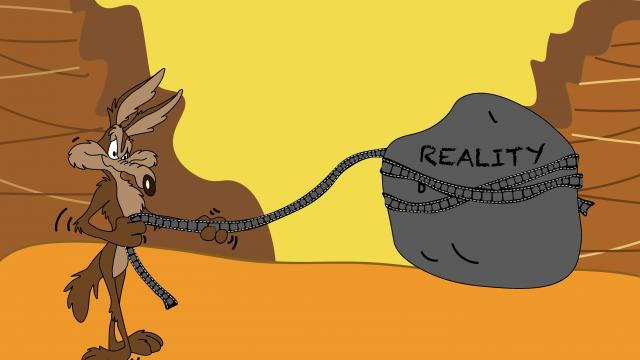 Your day might have started fairly ordinary. Only somewhere along the way, things blew up. Now you’re in the middle of a massive conflict with no clear idea just how you got there.

It’s normal to fall into conflict – we’re only human after all. Some conflict is even good for us! But did you know that by understanding just how these blow-ups come about, you can learn how to avoid many of these conflicts in the first place?

How do these differences then turn into conflicts?

1. The difference has somehow become perceived as a threat. Whenever you feel threatened, there’s going to be trouble. Threats bring out that whole urge to fight to protect what’s important to you. Hence your disagreement escalates into the realm of conflict.  In this scenario, our brain’s  built-in “flight, fight or freeze” response gets activated. When this response is triggered, there is literally a shift in the blood flow in our brains. We may get sweaty palms and/or our heart beat speeds up, as well as other physical reactions. This response also stops us from accessing the rational and compassionate part of ourselves (known as our “smart brain”). The brain tells the body to get ready for action and this response happens at lightning speed.

This was helpful in caveman days where there where many threats to our physical survival. However, in today’s modern age, we are not exposed to the same level or frequency of risks and physical threats. But here is the sting – our brain still responds this way when we feel socially threatened or when we are in conflict, which may not be the most helpful response to the situation.

2. You’ve let that conflict fester; conflict becomes stress.   So, what might have felt like a minor threat at the beginning has become something much bigger in nature because of two factors. First, you neglected the conflict by not dealing with it right away. Second, the passage of time has given the conflict room to grow. Stress tells us one of two things: I've been hurt, or I'm about to be hurt. Naturally, we take the first thing seriously. If we're hurt, our brain shifts into action mode. We release adrenaline within seconds and cortisol within minutes, causing us to become more impulsive.  So, now it’s blown up into something bigger than it ever was in the first place. How? Keep reading, and you’ll see.

3. By now your perception is off kilter. It might be that what you perceive to be a threat – was never a threat in the first place. How does this happen? Chances are you lost your objectivity in the situation. Especially if you feel threatened. Then add to it #4.

4. Your emotions got involved. Conflicts tend to attract strong emotions. But the stronger the emotion, the more likely you are to blow things out of proportion. Emotional reactions also make it a lot harder to deal with a conflict in the first place, so chances are if you got emotional, you’ve already let things get out of control.  The problem is that the worry itself can harm you as much as the outcome you're worried about. While you're stressing over what might happen, your body is releasing adrenaline and cortisol as if you were actually in danger. These hormones, while adaptive in short bursts when you must act, can be harmful if they're released chronically. Your body and brain remain on hyper-alert status; you're always running, even if nothing's chasing you.

What you need to remember then, is simple. You need to maintain your objectivity, keep your emotions in check, and realize that every conflict is an opportunity to grow. Conflicts are normal in life. But it’s the resolution of conflicts that draws us closer together and builds both trust and intimacy.  While we do not have total control over our environment, we can control our reactions to it. The more you feel threatened, the more stressed you'll be. If your job is at risk or your partner might dump you, keep in mind the bigger picture. These losses, while not desired, won't kill you. Most of today's troubles will become bumps in the road when you look back on them in your rearview mirror, especially if you've got a buddy in the passenger's seat.