Would you like to switch to the accessible version of this site?

Don't need the accessible version of this site?

Taking Charge of Your Personal and Professional Development

The 3 R's For Habit Change 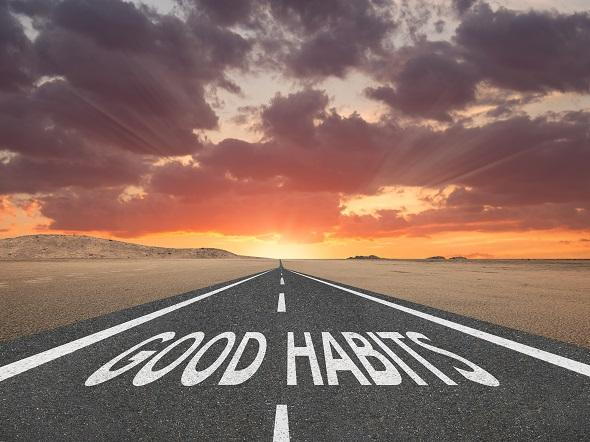 Habits are what make you the kind of person you are, and the personality that you portray. Your habits reinforce your beliefs; if you know your belief system is not supporting you, changing your habits can be an effective way to reframe them.

Habits form over time, and when you repeatedly do the behaviors, they become automatic. There are habits or behaviors, good and bad that you don’t even have to think about because you’ve been doing them for a long time. Habits are a product of repetition and learning; a point wherein a behavior does not need conscious attention.

How Do Habits Form?

Habits are a common part of our life that play a crucial role. Habits are formed on a psychological and physiological basis. When we do a specific behavior for a number of times, it triggers connections in our nervous systems that affect other sensory and motor actions. This is the essence of so-called ‘muscle memory.’

These connections are further enhanced and strengthened as the triggers are repeated, and responses are obtained. In the psychological aspect, habits are formed through learning and retaining what we’ve learned.

Science has shown the cycle of how habits work, which is what we call the 3 R’s of habit formation—Reminder, Routine, Reward. It is also known as the habit loop. Understanding the pattern of how habits form and work can help you form better habits to make better changes in your life.

The 3 R’s of Habit Formation or The Habit Loop

Reminder pertains to the cue or trigger that prompts the behavior. A reminder can be a piece of information that predicts the reward or what you would get out of doing a specific action. It could be a material reward, such as money, or intangible benefits, such as approval from someone or a personal sense of satisfaction.

When you want to create a new habit or break an old one, it is a fact that you are bound to fail if you rely solely on your willpower and motivation. Relying on memory to do a new behavior will also not cut it. You need a working reminder that will prompt you to do the new behavior that you want to develop.

Say, for example, you want to improve your reading habit. You could try to do it while drinking your morning coffee (or afternoon tea). Drinking coffee or tea is something you already do, so it can act as an effective reminder that you should read a new chapter of a book.

Routine refers to the action itself. You have to repeat the behavior many times until it becomes automatic. There is really no magic number of how many times you have to repeat a behavior before it takes hold as a habit. But as you begin to form a new habit, what is important is that you stick to it.

You may have several new habits you want to develop. The best way to go about this is to start small. Begin with a habit that is so easy you won’t be able to say no. So, if you want to develop a better reading habit, you can start with a few pages each day or one chapter at a time. Be consistent and build up your performance. From there, you can increase the number of chapters you read or the frequency of your reading time per day.

Of course, you won’t be able to stick to doing something if there is nothing in it for you. Reward is the benefit that you obtain out of doing the behavior. The reward doesn’t have to be grand - as long as it is positive, it will help you keep going with the new habit you’re trying to form.

It can be simply talking to yourself in the mirror and saying, “You did well!” You can choose your reward and celebrate your milestones and small victories. If you surpass your initial target, it’s even better - go and reward yourself.